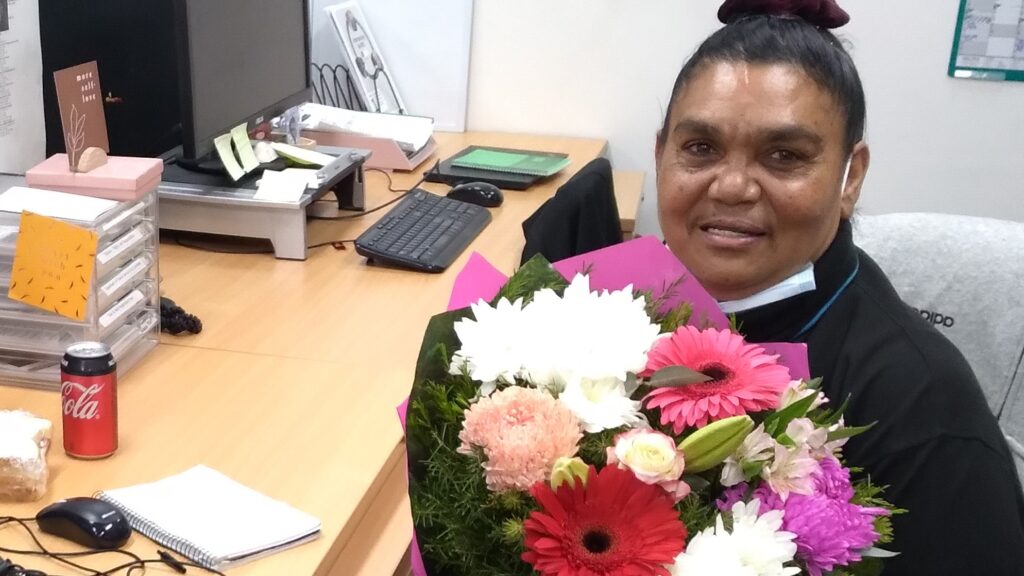 Joanne was my first client. I met her at Boronia Pre-Release Centre for Women on my first solo visit as a case manager. I heard her before I saw her – greeting the entire prison community along her way.  She walked in and said, “so who your name then, go on girl, I need a house!”

Joanne shared so much of her life with me in the following weeks. The trauma she suffered, her drug and alcohol addictions, her horrific history of family and domestic violence, her grief and loss, along with her love for her family, her people, and her community.  And her six children, the last of whom was removed from her care by the State.

The trauma she experienced led to her drug use which ultimately resulted in her offending to support her addictions – ending in a sentence for 3-years for aggravated burglary.

I worked with her on three separate occasions – she would be released into Outcare’s transitional accommodation, engage in case management, receive additional support for short periods of time then relapse and return to prison.

I have witnessed Joanne at some of the very lowest points of her life.  Such as the time I talked her out of a clothing bin where she held a needle filled with heroin. Joanne was unwell and often refused support. But she eventually let me in to her safe space.

She had many successes during these periods too. Joanne worked as a peer support person in prison and had opportunities to showcase her artwork.  Her offending was becoming less severe, and she was more willing to actively engage with external supports. And she was able identify and address triggers and responses more easily.

I vividly remember collecting Joanne when she was last released into Outcare’s transitional accommodation with no conditions.

These commitments have led to who Joanne is today – a stronger, more confident and empowered woman.

She’s reunited with her youngest child and more involved in the direction of her older children. She’s kicking goals in her work and making the most of the opportunities presented to her.

It’s a far cry from the times we would visit cafes where I had to hold her arm while she ordered our cappuccinos because she was “too shame that people would be looking at this black fella in a fancy café.” Joanne’s found her voice and her pride. This is evident when she advocates for clients on the phone to Community Corrections and starts quoting legislation!

Thank you, Joanne, for allowing me to be part of this journey.

Find out how we can empower you to live your best life.